"Meanwhile, in our hotels segment, better performance of our hotels in the UK and Malaysia led to higher revenue in the current period. YTL Hospitality REIT declared an interim income distribution of 1.888 sen per unit for the 6-month period.

"Our construction and cement segments, which have remained consistently profitable, continued to see healthy margins, and as lockdowns taper off, we are cautiously optimistic about the Group's continuing strong performance for the next 6 months."

Tan Sri (Sir) Francis Yeoh Sock Ping, Executive Chairman of YTL Power, said, "The higher revenue was due mainly to higher pool and fuel oil prices in the merchant multi-utilities segment, coupled with growth in the non-household retail market, increased prices allowed by the regulator and strengthening of the British Pound in the water and sewerage segment. Profit before tax was impacted by increased fuel costs in the current financial period and the absence of recovery of impairment of receivables recognised in the preceding financial period, partially offset by increased pool gains in the merchant multi-utilities division.

"The telecommunications business continued to improve due to the growth in the subscriber base spurred by the launch of affordable data plans, supported by partnerships and collaborations. In December 2021, together with Digital Nasional Bhd's launch of Malaysia's 5G wholesale services in the Klang Valley, YTL Communications launched its 5G services, becoming the first telco in Malaysia to offer 5G access to its customers, delivering higher data speed, ultra-low latency, more reliable coverage, massive network capacity and a more uniform experience to users.

"Meanwhile, earlier this month, we embarked on the divestment of our 33.5% stake in ElectraNet Pty Ltd in Australia, which we acquired for about RM122.9 million in 2000. The timing proved optimal in light of the attractive valuation of regulated utility assets, with the sale consideration of A$1.026 billion (about RM3.057 billion) representing a valuation of 1.6 times ElectraNet's regulated and contracted asset base (RCAB). The divestment is currently pending completion, which is estimated to take place by the end of this financial year."

Tan Sri (Sir) Francis Yeoh Sock Ping, Executive Chairman of Malayan Cement, said, "The significant improvement in performance for the 6 months under review was due to consolidation of results of the 10 cement and ready-mixed concrete companies and their respective subsidiaries which were acquired in September 2021 from YTL Cement Berhad. The successful completion of this acquisition has increased the size of Malayan Cement, which has in turn bolstered profitability and value enhancement".

The Board of Directors of Pintar Projek Sdn Bhd, the Manager of YTL Hospitality REIT, declared an interim distribution of 1.8880 sen per unit for the 6 months from 1 July 2021 to 31 December 2021, the book closure and payment dates for which are 10 March 2022 and 31 March 2022, respectively.

Read the individual reports below: 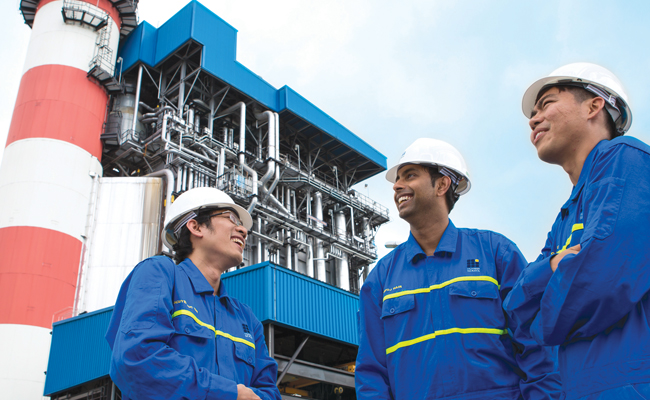